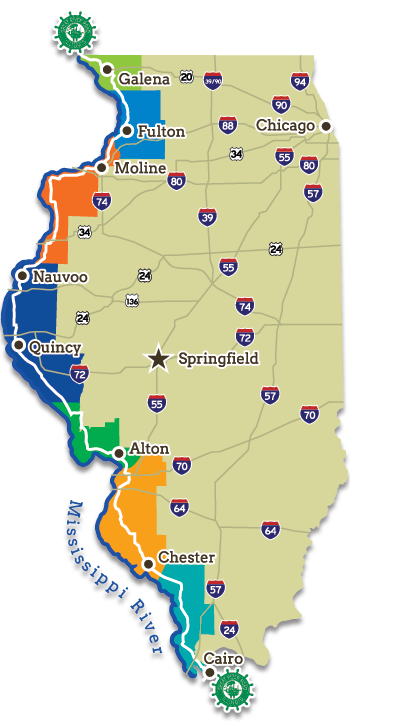 Benjamin Godfrey came to Alton, IL in 1832 following a maritime career with the fledgling American Navy and later as a commander of a merchant vessel. During his pre-Alton adventures, he made and lost one fortune as a merchant commander when his ship went down in the Gulf of Mexico and left him stranded in Mexico. He built another fortune in Mexico and then moved to New Orleans where he formed a business partnership with Winthrop Gilman. It was his association with Gilman that enticed Godfrey north to the Mississippi River town of Alton. During his life in Alton and then Monticello (later renamed in his honor to Godfrey, IL), he became known as a dedicated citizen and neighbor. He platted the village of Monticello, founded Monticello Female Seminary and helped charter the Alton & Sangamon Railroad. Despite his successes, Godfrey experienced great sorrow in Illinois. He struggled financially in the Panic of 1837. His wife Harriet and the mother of his eight living children, died in 1838. He later married Rebecca Pettit and had three children with her. Benjamin Godfrey died Aug. 13, 1862 in Monticello and is buried in the Godfrey Cemetery. The Benjamin Godfrey Legacy trail highlights Godfrey’s impact on the two cities with seven different historical site markers. The trail shows Godfrey’s devotion to the area and the lasting impact of his influence. Join us, and Benjamin Godfrey himself, as we journey through historic Alton and Godfrey on this historic trail. Please be sure to listen to the audio files located on this page as you visit each site.